JavaScript is disabled for your browser. Some features of this site may not work without it.

German pension reform: on road towards a sustainable multi-pillar system 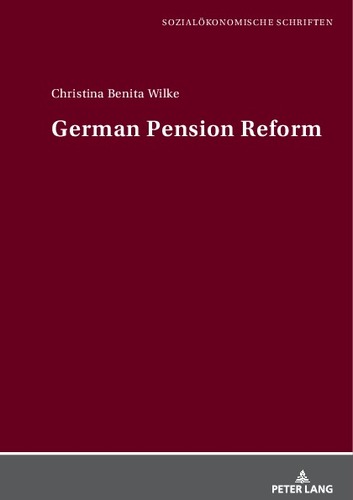 Statistics for this item

German pension reform: on road towards a sustainable multi-pillar system

The German pension system was the first formal pension system in the world, designed by Bismarck nearly 120 years ago. It has been very successful in providing high and reliable pension levels at reasonable contribution rates. While the generosity of the German pension system is considered a great social achievement, negative incentive effects of past reforms in the 1970s and 1980s and population aging are threatening the very core of the system. This has led to fundamental pension reforms since 1992. Based on a detailed simulation model of the German pension system, this book provides a thorough assessment of the system and its reforms. It shows that the latest reforms have put the system back onto a stable path and moved it from the old monolithic towards a multi-pillar system.

Please use this identifier to cite or link to this item

Demographic challenges and labor market potentials -- A quarter century of reforms -- An NDC sistem for Germany: a reform alternative? -- Internal rates of return of the German PAYG system

Statistics for this item